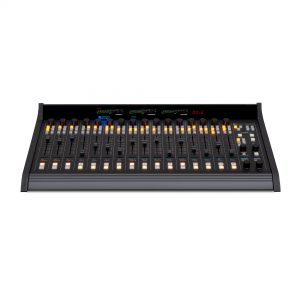 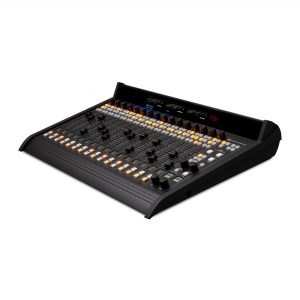 With DMX, AudioArts ventures into modern territory – AoIP networking. Utilizing a WheatNet-IP protocol-based network and engine, the DMX is the first AudioArts console to offer AoIP networking and expansion. This means that you get the speed and flexibility to have a complete, self-contained setup, and the ability to add-on, without the need for an external switch. PR&E Mix Engine uses RJ45 connectors for all audio (StudioHub+ format), logic (WheatNet-IP-format), and network connections, except for the 2 mic preamp inputs (XLR).

With two sizes of control surface (8- or 16-channel) available, DMX puts a lot of radio control into a very small footprint everything you need to take it to the air. 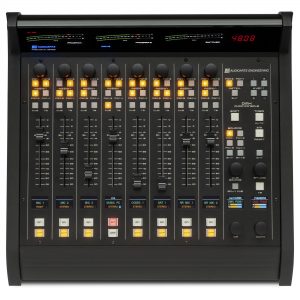 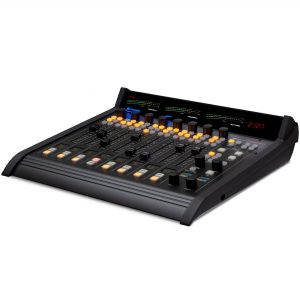