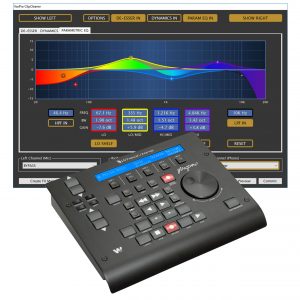 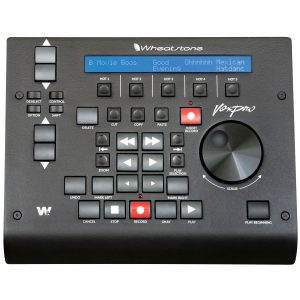 VoxPro is unique. Out of all the recorder/editors in the world, ONLY VoxPro integrates a dedicated ergonomic controller with purpose-created software designed expressly for use on-the-air to record, edit, and play clips in real time. Whether you use it for call-ins, interviews, ad hoc comments or spots, or whatever you can think of, all you need is a few minutes with it to realize why it has become the universal standard.

Explore this page and learn about all the ways VoxPro can make your life easier, your shows more professional, and your workchain more efficient. VoxPro digital audio editing system is the de facto standard for live radio recording, editing and airing of clips in on-air control rooms and newsrooms worldwide. With it, clips can be recorded, edited and aired in moments.

For the user, VoxPro offers advanced features including Auto-Import, Auto-Record, EZ-Export, Automatic Gain Control, networked file access, customizable folders, and our trademark VoiceSlip effect for handling host/caller talk-over. For the engineering staff or system administrator, VoxPro makes networking a snap; its flexibility and versatility allow it to be used in any physical or network configuration. User accounts are managed by means of simple ASCII text files, and user audio files are maintained in a standard Windows format.

Fast, reliable, and easy-to-learn, the VoxPro software is most often used with the optional USB control panel. Users may create password protected folders for their own work. Unlimited undo and redo, remote start, and one-button insert record are just a few of VoxPro’s more used features. 10 GB of hard drive storage holds about fifteen hours of stereo files.

Hotkeys have been extensively overhauled. Multiple hotkeys panels may now be open simultaneously, each to a different page of hotkey cells. Remote access to hotkeys and all hotkey functions allows producer/talent teams to work together from different computers, one prepping and loading hotkeys, the other playing them to air. Hotkeys may now be looped and paused. A hotkey cell may be unloaded (cleared of audio), leaving other settings in place. There are more pad settings and more colors, and they load faster now. A new Settings/Hotkeys dialog provides controls for customizing hotkey layout and performance. Hotkeys windows may be opened from the View menu, or by right-clicking the Hotkeys button (bonfire icon) to the lower left of the waveform editor. Hotkey windows may be dragged to a secondary display monitor. All hotkey tab pages are accessible from all hotkeys windows.

Administrator may restrict which audio playback devices are allowed to be displayed in a hotkey cell’s Playback Device dropdown menu, and provide optional labels for those devices which are displayed. These controls are accessible from the Audio Devices and Formats dialog, in the Settings menu.

Shortcuts
ShortcutsDlgUsers may now assign a variety of functions, effects and their own FX Macros to the five hot keys on the VP control panel (the buttons which are normally used to trigger audio Hotkeys). These functions are accessed by pressing the Control, Option and Shift buttons on the controller, in conjunction with the hot key. The existing effects shortcut feature, which utilizes the Control key to display shortcuts for Mute, Bleep and VoiceSlip, is still supported. Users may optionally elect to display any bank of shortcuts permanently, making these functions accessible at all times with a simple press of the corresponding hot key.

Default File Names
In order to accommodate file naming conventions imposed by various automation systems, users now have more control over the format of default file names. (The default name is the name which is automatically given to a newly recorded file, like “Untitled_32”, or “Phone67” or “COM0138”.) Any “root” name may be used, and leading zeros may now be specified. Optionally, file names may be numerical only (“0016”).

VoxPro is perfectly suited for rapid editing of studio and call-in content and can tighten an entire program by automatically removing unwanted dead space. Markers let you indicate, in real-time, material that needs review before prepping for distribution (streaming, podcasts, syndication, etc). Plus you can clean up audio with EQ and dynamics processing, as well as add effects if you desire, either as you go or when you are prepping delivery for different media.

Features:
– Rich set of playback options.
– Editable recordings with several ways to create and use edit points.
– Infinite undo/redo capability persists for the lifetime of a file.
– Audio effects including normalization, mute, bleep, reverse, pitch change, and time stretch.
– Import and Export files in standard formats.
– Customizable scrubbing for fast and accurate positioning while editing.
– Password protected user accounts.
– Optional control panel with most commonly used controls, including jog wheel.
– Any number of Hotkeys available for immediate one-button playback.
– MultiTrack panel allowing additional support files overlayed on title track.
– GapBuster effect (automatic silence removal).
– Simultaneous playback and record (record in background while playing and editing in foreground).
– Ability to copy/move/delete/rename files from the Search panel.
– Support for Unicode labels in Hotkeys and Markers.
– Color-coded Markers, new graphical method to precisely position location of markers.
– WheatNet-IP (WNIP) routing controls.
– WNIP playback tally with end warning flash.
– User option for exclusive Hotkey playback mode.
– User option to disable remote control inputs and outputs.
– Detachable Hotkeys window, ability to hide Editor and File List panels.
– MultiTrack feature allows the placement of music and sound effects to any Master Edit using drag and drop.
– On-screen Hotkeys with the ability to set-up an endless number of tab pages with up to 12 rows per tab, five Hotkeys per row. Drag and drop edited bits, music and sound effects.
– Resize fonts in the Edit List and for Hotkey labels.
– Place the Edit List on the left or right side of the VoxPro window when in MultiTrack and/or Hotkey mode.
– Mobile Device Audio Support for remote talent. Record and upload content that will instantly import into VoxPro.
– Blog your bits by exporting on-air bits and spots in web-friendly bit rates to share with listeners and clients.
– Automatically search all reachable VoxPro accounts.
– AGC boosts the timid and limits the loud on either or both channels. Say goodbye to caller levels that are too low and hello to consistent levels! 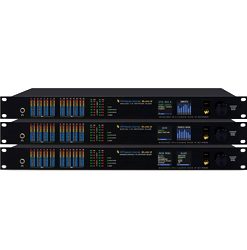 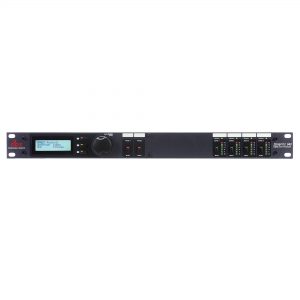 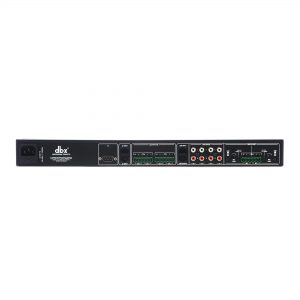 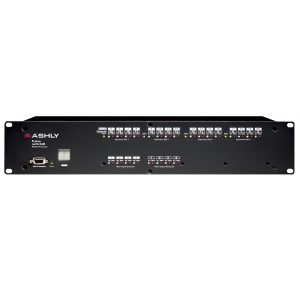 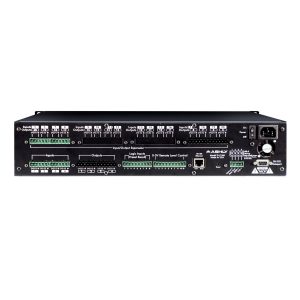 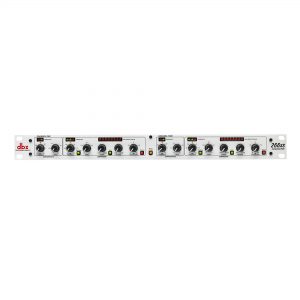 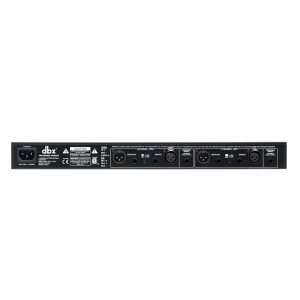 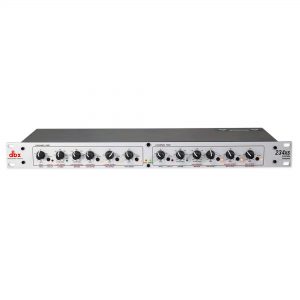